Keep up to date with the Leeds City Region Skills Network

Nav Chohan, Principal at Shipley College has been appointed as the new Chair of the Leeds City Region Skills Network and the West Yorkshire Consortium of Colleges. Nav replaces former Chair Ian Billyard (Leeds College of Building) who retired in December 2018.

Nav joined Shipley College as Principal in July 2009 and has worked in education for 25 years. 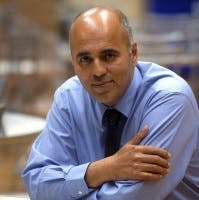 Before joining the college in Saltaire, he worked at Leeds College of Technology. Previously, he worked as an Information Systems Project Manager for NHS in Scotland and before that as an independent IT Consultant. Nav grew up in London and has lived in Yorkshire for the last 20 years.

Nav said, "As Chair of the Skills Network, I want to ensure that the voice of the wider training sector is heard with the City Region's employer networks. These are exciting times!

"As Chair of the West Yorkshire Consortium of Colleges I am greatly looking forward to supporting the great work that these partnerships achieve across the region."

Why should your business invest in skills?
Find out now »